WATCH ABOVE: Singer Joy Villa sent an anti-abortion message with her dress and her purse at the Grammy Awards.

Singer Joy Villa appeared on the 2018 Grammys red carpet in a dress that made a loud statement about abortion.

Villa’s dress was reminiscent of the one she wore at last year’s ceremony.

After unveiling her pro-Trump “Make America Great Again” gown last year, Villa made a pro-life statement this year in a white gown with a large, hand-painted image of a fetus, accessorized with a “Choose Life” purse.

She also wore a huge crown atop her head.

“I’m a pro-life woman. This year I chose to make a statement on the red carpet like I always do,” she told Fox News. “I’m all about life.” 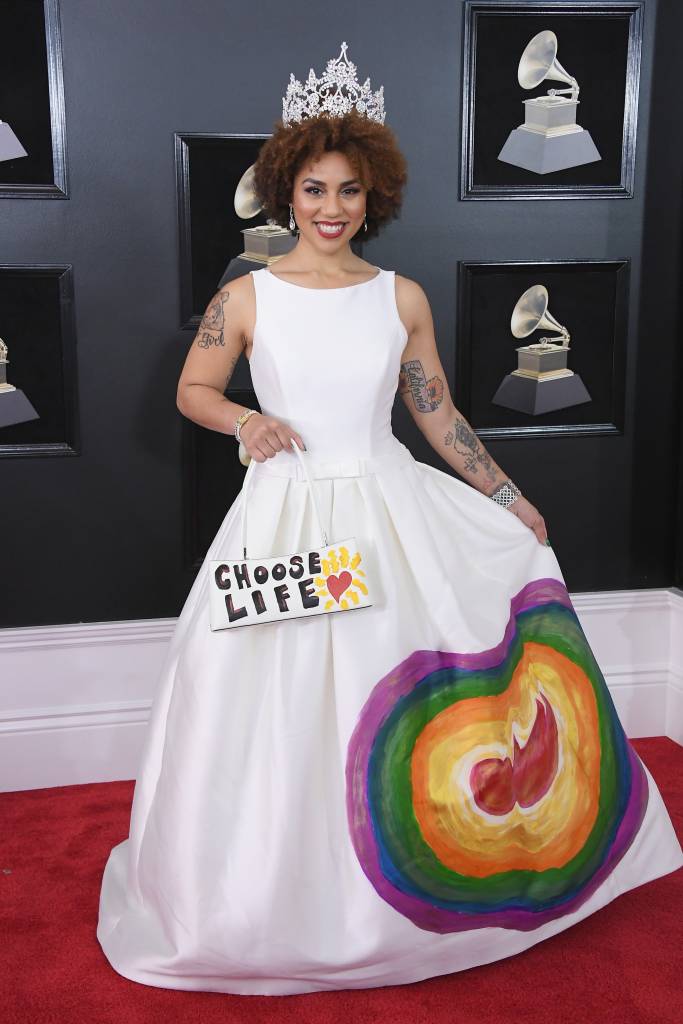 According to the recording artist, her look was inspired by her own experience giving up a baby for adoption when she was 21 years old. She openly believes that women should choose adoption over abortion.

Villa, who made headlines in December when she filed a sexual assault complaint against former Trump aide Corey Lewandowski, told Fox that she continues to support Trump.

“I love what he is doing; unemployment is down. I am totally for President Trump, and it’s only been one year. I can’t wait for the next seven years!” 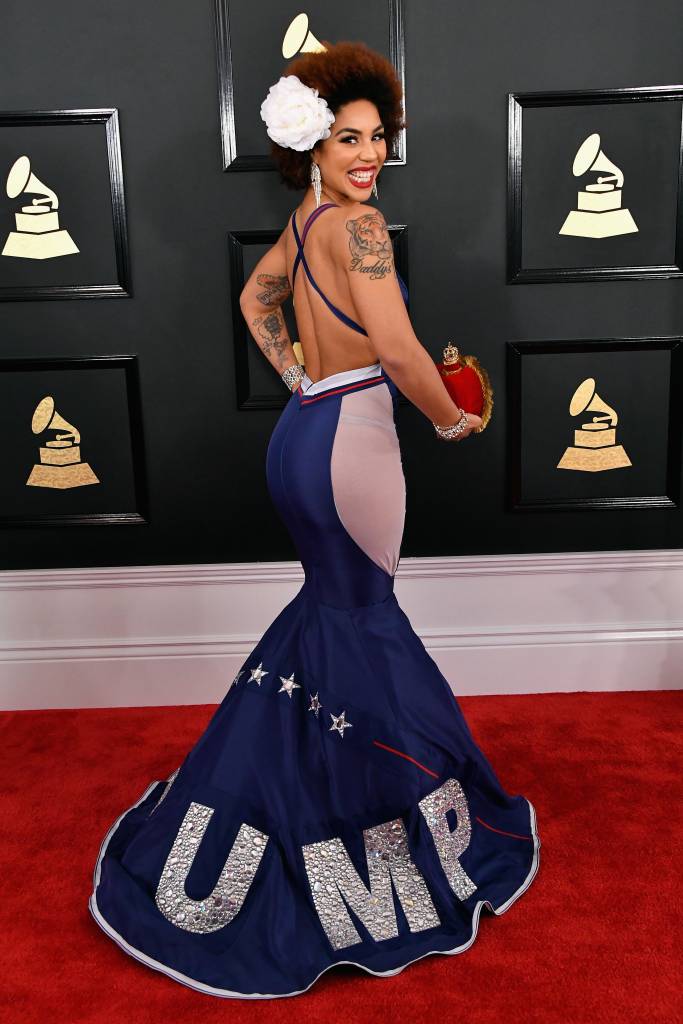 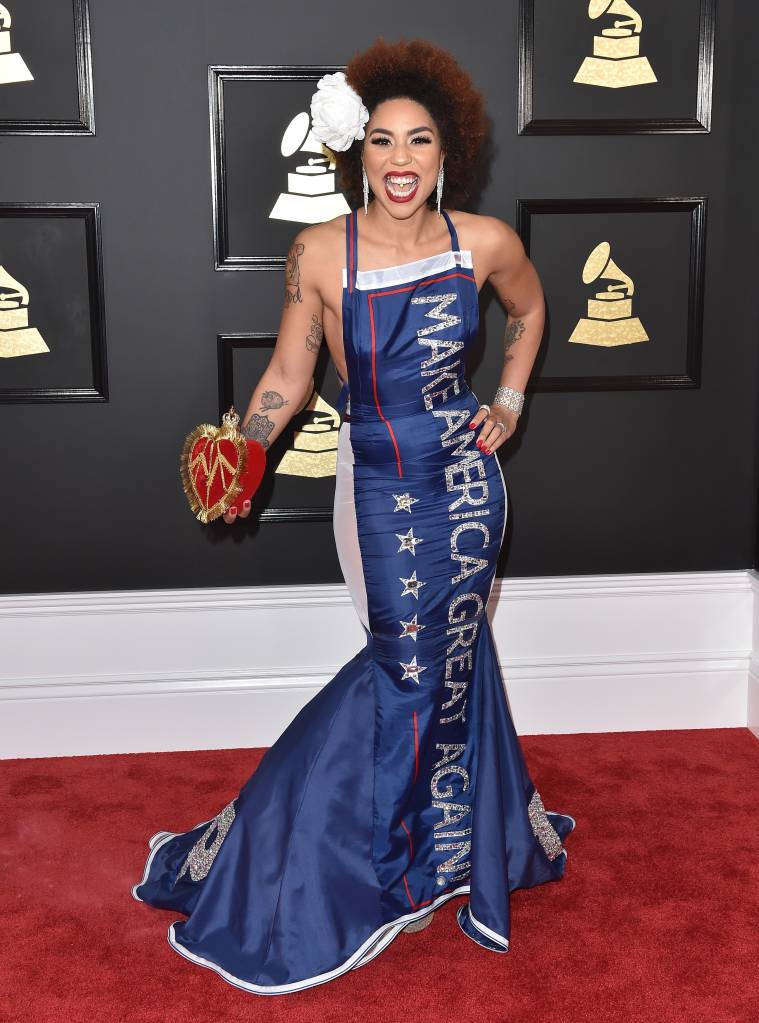 Even if she's only doing this for attention, she's infinitely more daring than the rest of them who will no doubt spend the night trying to out-do each other with the virtue signalling de jour while never expressing a single original thought.#GRAMMYshttps://t.co/xhucfy7WMF

Joy Villa made a statement at the 2017 #Grammys with a pro-Trump dress. This year, she wore a white gown with a rainbow uterus and fetus and carried a "Choose Life" handbag. pic.twitter.com/7qaZYGI02N

Just walked past Trump sycophant Joy Villa. This year her dress has a fetus on it. Ugh. #Grammys2018 pic.twitter.com/ockpEcxH7O

—With files from the Associated Press